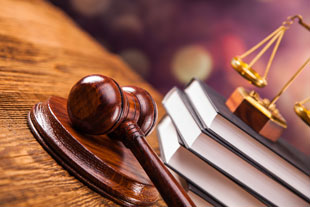 Larry B. Douglas Attorney at Law is an attorney in Houston, representing clients that have been accused of both minor infractions and serious crimes. As a criminal defense attorney, he recommends that everyone speak with a lawyer prior to speaking with the police.  Law enforcement officers will often use questioning as a way to find evidence that can be used to point towards wrong doing.  Even innocent people have been charged with a crime after innocently agreeing to a search of their vehicle or home.  With that in mind, he advises not to allow a search of your property without a warrant and the presence of an attorney – even if you are sure of your innocence.  If you are questioned by the police, call (281) 820-8300 right away so that you can have a lawyer present, as is your constitutional right. If they ask to search your car, cell phone, or home, politely tell them that they need a warrant and that you are going to call your attorney so that an attorney can be present.  There have been cases in Texas where innocent people have been arrested based on circumstantial evidence the police found during a search.  It is imperative that protect yourself by denying them that ability.

If you are arrested, Larry B. Douglas Attorney at Law can visit you in jail or after you have been released.  The sooner you hire an attorney, however, the greater chance you have of being released on bail and returning home to your family.  During the initial meeting, Mr. Douglas will ask a variety of questions in order to determine what happened leading up to and during your arrest.  As a criminal attorney, it is important for him to understand every detail as this information will be used to build a strong defense.  Anything you say is confidential under attorney-client privilege so you can be confident in your ability to speak openly.   As a felony attorney in Houston, Mr. Douglas will then go to work to gather evidence that can prove your version of the story. This often involves lengthy investigative work and interviewing witnesses.  By spending hours preparing for court, you receive the best possible and most prepared defense.

It is especially important to hire a skilled defense lawyer if you have been accused of anything beyond a simple infraction.  If you have been accused of manslaughter or first-degree murder, hiring a homicide attorney in Houston is of the utmost importance.  You can work with a Houston lawyer that is a generalist, or you can work with someone that specializes in criminal defense.  Mr. Douglas is an expert homicide attorney and does an exceptional job preparing for trial in order to give the jury enough reasonable doubt to avoid a conviction.  While there are no guarantees in court, you can be guaranteed that your lawyer will mount a strong defense when working with Mr. Douglas. The work, to receive a favorable outcome, begins from the moment you retain Mr. Douglas.  In advance of trial, there may be an opportunity to have the charges reduced to manslaughter which comes with lesser penalties and jail time.  By calling a criminal lawyer the moment you are arrested, you increase your chances for having the charges reduced before they are ever filed.

If you have been accused of arson, you should also work with an arson attorney in Houston that is experienced at representing clients accused of this crime.  Mr. Douglas is and will take the same steps to prepare a strong defense with the goal of keeping you free. Regardless of whether you have been charged with murder, arson, assault, drug crimes, burglary, bribery, criminal mischief, disorderly conduct, credit card crimes, fraud, resisting arrest, gambling, family offenses, harassment, juvenile offenses, organized crime, kidnapping, perjury, sex crimes, prostitution, probation violations or some other felony or misdemeanor, it is important to work with a defense attorney that you know will stand up for your rights.  Under the Constitution of the United States of America, all citizens are innocent until proven guilty. The key is to work with a Houston attorney that can make a case for your innocence.

In addition to being a criminal defense lawyer, Larry B. Douglas Attorney at Law is a teacher.  He has taught mathematics in Texas and as a teacher, he can explain legal concepts in a way that is easily understood.  As a lawyer in Houston, this helps his clients to be better prepared for their day in court.  It also helps in witness preparation, as he takes the time to explain what will happen, review potential questions, and discuss courtroom etiquette. Many witnesses don’t want to testify in court simply because they are afraid of what will happen and getting scared or not saying the right thing because of prosecutor intimidation.  Mr. Douglas works with clients and witnesses to ensure that they are well prepared before ever stepping onto the stand.  This makes the process less intimidating and it easier to speak truthfully with confidence.  He is happy to spend the time necessary with each client to help them become more comfortable in the courtroom.

As a criminal defense attorney, Mr. Douglas understands that courtroom battles start before the trial begins.  Determining which witnesses will testify and gathering the appropriate evidence is an essential task.  Juries must be presented with evidence that demonstrates innocence.  Otherwise, they will only have evidence of guilt from the prosecutor.  Things like an alibi can be proven with video footage, ticket stubs, bank receipts or witness testimony and this proof can all help to demonstrate innocence.  Additionally, it helps to gather evidence demonstrating how the prosecutors’ claims are improbable. Doing so takes time and cooperation so if you are in need of a defense attorney, be sure to spend time reviewing every detail that may benefit your case. Holding back even a single detail, can inadvertently prevent your lawyer from having a piece of information that could prove your innocence or cast enough doubt to prevent a conviction.

In most cases, you will be released on bail as is required per your constitutional rights.  Since everyone is innocent until proven guilty, keeping you in jail pending trial is a violation unless the judge has reason to believe that you will flee or reoffend if in the general population.  If you are released on bail with the help of your Houston attorney or bail bondsman, be sure to show up for every scheduled court date and hearing.  If you do not, you will appear guilty and forfeit your bail.  A bench warrant may be issued for your arrest, and you could end up back in a Texas jail as a result.  It is imperative that you show up every single time that you are expected to be in court, and Larry B. Douglas Attorney at Law will ensure that you are aware of every court date.

When it is time for your trial to begin, Mr. Douglas will present the evidence in court, interview witnesses on the stand and make a case for your innocence. As a Houston lawyer, he is a skilled litigator and understands how to work within the rules and guidelines of the court system to get the appropriate evidence before a jury.  Lawyers with less experience may struggle to properly present a case for innocence, but Mr. Douglas has years of practice and by working with him, you will benefit from his diligence and superior knowledge.  Texas still has the death penalty, so depending on the type of crime you are charged with, the Houston attorney, you hire, can make the difference between life or death.  Don’t take a risk with your freedom or the future of your family by hiring an inexperienced lawyer or someone that doesn’t specialize in criminal law.

In addition to being a homicide attorney in Houston, Mr. Douglas is also a radio commentator on legal matters and welcomes any questions that you may have.  To schedule a consultation in the 77056 area, call (281) 820-8300. Larry B. Douglas Attorney at Law is licensed to represent clients throughout Houston and all of Texas along with Alaska.

Back to top of Criminal Defense Attorney.