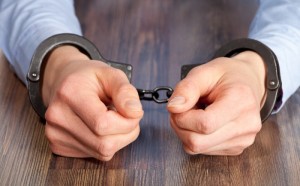 If you have been arrested for homicide, calling a homicide attorney in Houston should be your immediate next step. According to Texas statute, homicide is defined as follows: “a person commits criminal homicide if he intentionally, knowingly, recklessly, or with criminal negligence causes the death of an individual.”  Further, there are four subdivisions within homicide that classify different crimes. These four are murder, capital murder, manslaughter, or criminally negligent homicide.  The state in which the homicide occurred will have jurisdiction. However, federal courts may also have jurisdiction if the crime is committed across state lines. Further, the laws relevant to homicide are always subject to change. This makes it important to have a homicide attorney on your side that can properly present and defend your case.

Note: State laws can change with every legislative session.  For the most current information, call my office to schedule a consultation.

Texas law defines murder, also known as second degree murder in other states, as intentionally or knowingly causing the death of a person, intending to cause serious bodily injury and committing an act that caused the death of someone, or, if while attempting to commit a felony other than manslaughter and in the course of the act commits or attempts to commit “an act clearly dangerous to human life” that causes the death of a person.  This crime is considered a first-degree felony unless it is proved by a preponderance of the evidence that the defendant caused the death as a result of “sudden passion arising from adequate cause.” If a jury finds this to be true, the crime is then a second-degree felony. However, if found guilty of murder in the first degree, an individual can receive a punishment of imprisonment for 5-99 years, and a fine up to $10,000.  Capital murder, known as first-degree murder in other states, is a more serious crime, and has a significantly longer definition that includes but is not limited to: committing a murder in the course of kidnapping, burglary, robbery, aggravated sexual assault, or arson; committing a murder for remuneration or employing someone to commit murder for remuneration; committing more than one murder; or murdering someone under the age of 10.  Capital murder is a capital felony, but can be charged as a lesser offense under the authority of a judge. If found guilty of capital murder in Texas, an individual can receive either life in prison without parole, or the death penalty.

While manslaughter and criminally negligent homicide are considered less serious crimes in Texas, the punishments are still relatively severe. As a homicide attorney in Houston, I can properly plead your case and can be your best ally in these situations. Manslaughter, a second-degree felony, is defined as, “recklessly causing the death of an individual.”  Texas statute determines that the punishment for manslaughter is imprisonment of 2-20 years, and may include a fine of up to $10,000.  Criminally negligent homicide is another classification and it is a state jail felony that is charged when someone “causes the death of an individual by criminal negligence.” Texas law punishes state jail felonies with imprisonment of 180 days to two years in a state jail and may include a fine of up to $10,000 as well.  However, state jail felonies can be reassessed as third-degree felonies if a deadly weapon was used during the crime, or if the person charged has previously committed and been convicted of a felony.

The punishment for homicide in Texas is also based on the severity of the crime and how it was committed.  This necessitates the assistance of a homicide attorney. It is extremely important that your case is handled professionally and thoroughly, to ensure that the sentence given is just and fair based on the circumstances of the incident. As a homicide attorney in Houston, I can make the difference between a life sentence in jail, and perhaps 2-5 years. While it is impossible to predict the outcome of a trial, you can rest assured that the best way to protect your rights is with the help of an experienced lawyer.

[AUTHOR’S NOTE:  Having practiced criminal law in Texas, primarily in Houston, for many years, I have spent countless hours explaining various aspects of the law to clients, prospective clients and people who are simply curious about the law.  Whenever I do so, I exercise great caution to stress that a quick explanation, or even a lengthy explanation, can never fully account for all of the complexities that are sure to arising in handling any specific case.  All criminal cases, from seemingly the most minor to obviously the most complex, should be handled by a properly trained and experienced criminal defense attorney.

These articles, and all of the material contained in this website are only intended to provide a general overview of the topics discussed.  And while they may contain some very useful information to the reader, theses articles must not be viewed as a substitute for specific legal advice.  Unless otherwise stated, all comments refer to Texas law.

For a free case evaluation, please fill out the entire form. By including your date of birth and the county your offense occurred in, we may be able to look up details about your case before contacting you.