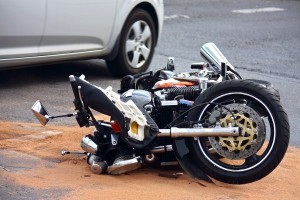 As a motorcycle accident attorney, who has seen innumerable accident cases, I can tell you that getting to your destination in once piece is just as, if not more, important than anything else. For many enthusiasts, a motorcycle is not merely a method of transportation, but a thing of great joy. If you rhapsodize over the pleasure of being on the open road with the wind in your face and a boundless sense of freedom, summer is one of the best times of the year.Since spring and summer offer the best riding conditions, it is this time of year that most classic motorcycle clubs organize rallies, get-togethers, and group trips. This means that more people are out on their motorcycles in summer than any other time of the year. And as a motorcycle accident attorney, I can confirm that the number of accidents involving a motorcycle increases substantially at this time.Regardless of how much you enjoy summer activities on your bike, you may not be aware that motorcyclists are 25 times more likely to die and 5 times more likely to be injured in a crash than the occupants of a car, often with good reason.Tips From a Motorcycle Accident Attorney for Staying Safe on Your Summer Rides* Do Not Drink and Ride: Statistics shows that 27 percent of all fatal crashes involved a driver (or rider) who was alcohol-impaired.* Wear a DOT-compliant Helmet: Because they only have two wheels, motorcycles are nowhere near as stable as other vehicles. Without the right protective head gear, in a crash a motorcyclist’s head is likely to hit the road with devastating force. Unfortunately, in 2010, 32 percent of all motorcyclists did not wear any helmet at all, much less a DOT-compliant one. Note: To display a DOT certification symbol on helmets, the manufacturer has to meet or even exceed certain standards set by the government, including how they absorb impact, resist penetration, and stay fastened in a crash.* Be on Alert: Statistics indicates that in some 70% of all cases involving a motorcycle and another kind of vehicle, the accident was not the motorcyclist’s fault.* Drive Defensively: Failing to notice a motorcycle seems to be a leading cause of all accidents involving a motorcycle and other kinds of vehicles, simply because a motorcycle is not as easy to see as a larger four-wheeled vehicle. This frequently causes motorists to make a lane change, right into the path of a the smaller two wheeler. Be especially sure not to drive in another vehicle’s ‘blind spot”. If you can’t see the rear windshield mirror, the driver is unable to see you.* Watch Out For Intersections: A large percentage of vehicle and motorcycle accidents occur at intersections, most often when a driver makes a left-hand turn right into an oncoming motorcycle that they failed to notice.Of the 9 million motorcycles registered in the U.S. in 2012, 4,957 motorcyclists were killed, and 93,000 injured in that year. In fact, as previously mentioned, motorcyclists are more than 25 times likely than to die and five times more likely to be injured in motor vehicle traffic crashes than the occupants of a car.  Enjoying summer rides safely can help to prevent a wreck.  If you do get hurt, call my office to speak with a motorcycle accident attorney.

For a free case evaluation, please fill out the entire form. By including your date of birth and the county your offense occurred in, we may be able to look up details about your case before contacting you.